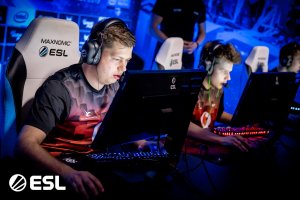 The new look mousesports head into DreamHack Open Tours 2019 as the favorite to win it all. Photo by @IEM

Can mousesports win their first title since changing the roster?

Out of the eight teams attending there are only three or four teams that I would even consider looking at to come out on top at DreamHack Open Tours: mousesports, AVANGAR, Valiance, and G2.

mousesports sit on top of the odds table, but is the new European squad the right pick to win it all?

Since mouseports made some changes that saw them bring in karrigan, frozen and woxic, they have shown some promise that they can once again become a top-10 team in the world. Finishing their week of ESL Pro League with a 3-0 record, and placing 5-6th ?at IEM Sydney, the EU mix squad have shown signs of brilliance at times in the team’s early stages.

Out of all the teams in attendance, mousesports certainly stand the best chance of coming home with the title come Sunday. On paper they have the most talented roster, and with the veteran guidance of Karrigan they should at minimum make it to the finals of DreamHack Open Tours.

There are four teams I could see winning it all at DreamHack Open Tours, but more realistically outside of mousesports I would really only put any faith in AVANGAR or Valiance to come out on top.

G2 could make a run, but they have been all over the board for so long with so many roster changes that it’s just hard to expect them to finally perform how they did in past iterations of G2. So though they?could take the W, I don’t really have much faith in them doing so.

Out of AVANGAR and Valiance, I would look more closely at AVANGAR to raise the trophy on the 17th. They have been a very solid team for the past year or so, and have found wins over some pretty high ranked teams. They are also coming off of winning the last DreamHack Sao Paulo last month, taking a thrilling 2-1 win in the finals over hometown favorite Furia.

AVANGAR has shown in the past they are more than capable of hanging with the top teams in Counterstrike.

AVANGAR has shown in the past they are more than capable of hanging with the top teams in Counterstrike, and can get it done on the big stage when the pressure is on. Since there aren’t any of the real premier teams that will be in attendance at DreamHack Open Tours they may be able to steal one here, and at +400 odds they offer pretty good value.

I said it before, but there are only four teams here that I would even consider to be playing in the finals come Sunday: mousesports, AVANGAR, Valiance and G2, and the likelihood would be in that exact order.

It would be a pretty big blow for mousesports if they weren’t at least able to make the finals at DreamHack Open Tours as they do have the talent to be a world-class team, they just don’t have the experience playing together yet. This tournament should be a tune-up for the EU mixsquad and more or less a confidence boost for the new team.

AVANGAR has proven that they are the real deal and could very well make a run at any tournament. The play of Jame has been great lately as well as qikert and Buster, who have both had good showings in their past few tournaments. They would be the other team I would pick to find themselves in the finals come Sunday.

Both Valiance and G2 have an outside chance of reaching the finals of DreamHack Open Tours, as they both have shown they can upset some of Counterstrikes top teams. Though I wouldn’t put as much stock in either of these teams to make the finals, so be wary if you’re thinking of throwing any money on them.